You are here
Home > Trending Now - Health, Beauty and Wellness Ideas > If Your Man Says These 7 Things To You, Leave Him ! 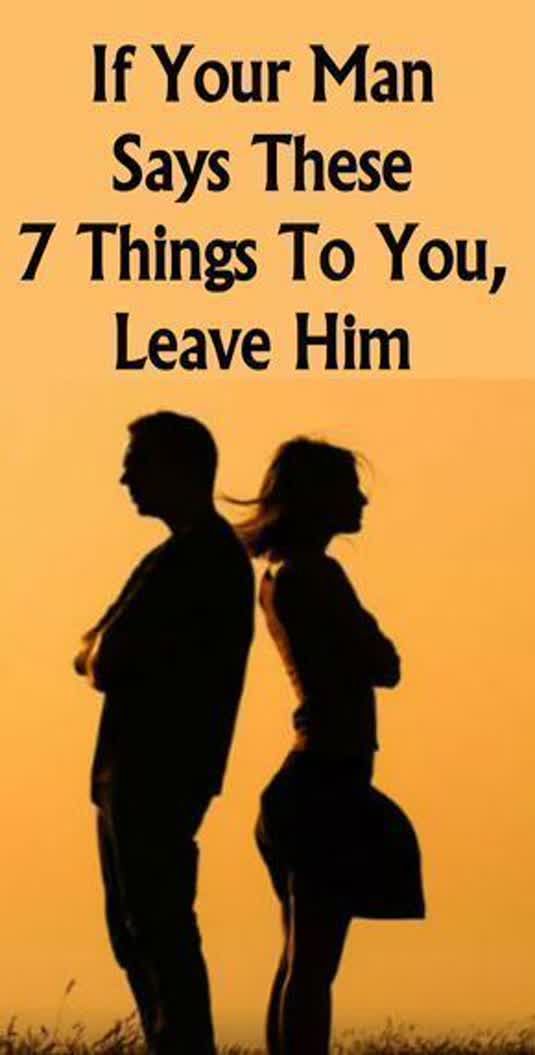 If Your Man Says These 7 Things To You, Leave Him !

Here are a few things that you should never have to tolerate a man saying to you.

Comparisons to other girls or other relationships, in general, are always out of bounds. This is something that you should never have to tolerate in the relationship. But it’s even worse when he has the gall to compare you to his past flames and former girlfriends. He shouldn’t be making you feel bad in such a way. He should be constructively criticizing you out of love and sensitivity. He shouldn’t be doing it just to hurt you and make you feel bad. And he should be looking at you as a person; not as an object that he can compare to other things and experiences.

You should ALWAYS be allowed to talk and express yourself in your relationship. When you have a man who tells you to shut up; this is a guy who is too immature to pay attention to your needs. This is a man who isn’t interested in growing and listening to whatever you might have to say. This is a guy; you can’t rely on to make you feel safe about expressing yourself. This is a man who would rather silence and censor you.

Even when you make a few wrong decisions here and there, you don’t deserve to be called stupid by the man you love. When you make a mistake, you get thrust into a very insecure and vulnerable position. And he shouldn’t be aggravating your insecurities by making you feel worse about your mistakes. He shouldn’t be making you feel bad for being human; for being someone who stumbles every so often.

This is something you shouldn’t have to put up with. You love your mother. Your mother raised you and turned you into the woman you are now. And he’s using your mother as a tool to insult you and make you feel bad. You don’t want to be with a guy who would be so cruel to do such a thing.

7. “You should just stay at home where you belong.”

You shouldn’t have to settle for a man who wants to suppress your ambitiousness and your drive. If you’re going to go out and make a name for yourself, you should go right ahead and do so. You should never be afraid of just going after what you want. Your place is wherever you want to be, and he shouldn’t be limiting your opportunities.